Hello, everyone! As you can probably tell by the title, our new website is done! Pretty much, anyway. There’s small tweaks around the edges that still need to be made in some areas, but for the most part the remaining issues (and there aren’t many) are exclusive to phones.

I’ve set out for what I wanted to achieve with the rework. At least for me, the site’s running pretty good and despite the lack of certain optimizations (such as caching and .webp’s) I can load the pages pretty quick. It would also appear that the amount of malicious traffic has significantly dropped off, so I’m pretty happy about that.

But as for the second part of the title, new servers, I’ve been working on a few potential ones that could get us started up again. First and foremost, the new Discord:

Our new Discord is also pretty close to being done. I’ve got most of the bells and whistles up and running, such as the automod, logging, reaction roles for the topics, and additionally colors to allow more user customization. We also now have a bot for verifying to make sure that accounts that’re joining aren’t bots. In the past we’ve experienced bot raids and raids from alt accounts, so we hope that this new measure will help keep them in check.

Before the server is ready to launch I’ll need to make a public staff application and some other assorted forms for general server management related activities. I’d also like to have a game server or two up and running before anything’s publicly launched. But if you’re reading this and want to help test it, you know who to contact.

Those taking a closer look at the image above may also notice that there’s something under “Games & Server” category. Our first server we’re looking into starting back up with is for Project Zomboid! I’ve been having a lot of fun with a friend on our private server, but once they get the modding situation sorted out (it’s a bit of a hassle right now keeping mods updated) we’ll be looking into making it public!

The vanilla game doesn’t have a whole lot of content, so we like to spice it up with a good chunk of mods. Despite the amount we have, most of these mods don’t add a whole lot. But we’ll let you be the judge. This mod list is subject to change based on community feedback, as well as any additional changes from the testing me and my friend are doing. We’ll be trying to work out how to keep the server enjoyable for both casual and the more hardcore audience to keep everyone entertained.

Edit: Project Zomboid currently has a major security vulnerability that allows users to modify the database files. In a nutshell, this means that users may potentially modify these databases to give themselves admin privileges and may do other potentially devastating and potentially irreversible things. Given these circumstances I don’t see myself making a public server for Project Zomboid until this is fixed.

As with the Discord, more work is still needed before it’s ready. In addition, a dedicated server for hosting this server will also be needed. While I don’t really mind about giving out my own IP, I’d rather not deal with any potential DDoS issues which may arise. I also don’t like leaving my PC running 24/7. This is probably the biggest issue since I don’t have a source of income, so depending on whether or not I can conjure up some money it probably won’t happen. Not for a while, anyway.

Anyway, that’s it for this post. As always, if you have any suggestions for the community please don’t hesitate to send us an email at [email protected]. 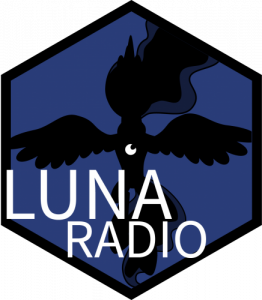